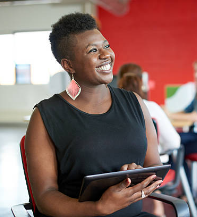 Emma Davis
Emma Davis is an interdisciplinary creative producer, curator and writer based in North Carolina. She works in contemporary art and performance and loves comedy, fiction and terrible films

Göbeklitepe, which was included in the UNESCO World Heritage List in 2018, is a cult center of belief dating back to 12,000 years ago from the Neolithic Period. This building was built 7000 years before Stonehenge in England and 7500 years before the Egyptian pyramids. In the Neolithic period, hunter-gatherer, which is the oldest lifestyle of humanity, was dominant and the communities did not have a permanent settlement. Hunter-gatherers were living in wooden shelters and they were building provisional villages. There was no knowledge in the literature of human history that gigantic limestone structures were built during this period until Göbeklitepe came to light by scholars. So, how and in
what way were such scale structures built in this period when the stone was hewn with stone and there was no writing, wheel, or even pottery yet? What did these T-shaped pillars and symbols mean? What did Göbeklitepe want to tell humanity? Was this a sacred place?
Göbeklitepe is located in Şanlıurfa, Turkey and this city is in the north of the Mesopotamian Basin known as the Fertile Crescent. One day, a farmer found a statuette while plowing his field and hand it over to the Şanlıurfa Museum. This statuette was kept in the museum for a long time without realizing its importance. Archaeologist Klaus Schmidt, who was conducting excavations in Şanlıurfa at that time, became aware of the existence of this statuette while visiting the museum. After that, he accelerated the research in Göbeklitepe and became the first site director of Göbeklitepe.

HOW WAS GOBEKLITEPE BUILT, AND WHY DID PEOPLE CHOOSE THIS SACRED PLACE?

Göbeklitepe was built on an area the size of 12 football fields. 4 large chambers constitute the center of the structure. The oldest and largest of these is chamber C, measuring 24 meters in diameter. There are T-shaped pillars in the center and walls of all chambers. Some of these monolithic stones reach weigh 24 tons and are 6 meters in height.

For humans at this time, shaping limestone with flint was a piece of cake, but building an enormous temple required a lot of labor. The size of this workforce corresponds to approximately 400 people. However, this idea is contrary to classical theory because in this era people lived in small groups of 40 and there was no developed division of labor. Excavation coordinator Dr.Lee Clare thinks that Göbeklitepe can be built by classical hunter-gatherer groups and explains: “I can say that these structures were built according to a concept. For example, a part of the building was built at a certain time in history, we do not know how long it was. However, there is a high probability that the structure was built over a longer period, possibly by a smaller group than anticipated, or smaller groups may
have come together.”

Before the discovery of the area, local people have been believing that this area was sacred place. They have been visiting the tree on this hill to make vows, make wishes, and find healing. Moreover, childless women have been visiting this hill and praying to give birth to children. Curiously enough, one of the most interesting drawings of Göbeklitepe, a woman giving birth, was found near this tree. Perhaps this hill, which modern people consider sacred place, was also known as a sacred place 12,000 years ago, and that’s why people built their belief centers here.

On the other hand, geologists think that the reason for the selection of the region is totally different. According to them, the builders of Göbeklitepe did not choose this area not incidentally or because it was sacred place. They chose here because it was easy to access the raw materials. Site director Prof.Dr.Necmi Karul explains: “If the people living at that time did not have this technology and knowledge, they could not have built this place. Therefore, instead of looking for a surreal power behind it, it would be better to research to understand that those people have this technology and what it is. It seems that they prefer places where they will build the structures we are talking about and where they can find the raw materials of the pillars.”

The people of the period erected T-shaped pillars in the center and walls of each of the temples they built. These T-shaped pillars represented a sacred being. When the 12,000-year-old human statue, which is also dated to the same period, is examined, it is seen that the eyes, nose, and hands are clearly carved. In other words, the builders of Göbeklitepe had the ability to make realistic human-looking sculptures, but they preferred to carve the T-shaped pillars abstractly. Many of the pillars are carved usually in low relief, but sometimes also in high relief. Most carvings depict animals: serpents, foxes, gazelle, wild sheep, onager, crane, vultures, etc. According to reviews, the animals are male, and often depicted with an aggressive posture. Some views accept these animals as the guardians of
Göbeklitepe.

According to the admitted archaeological view in the world, the most crucial factors in the transition of human beings from a hunter-gatherer lifestyle to a settled life are the fear of hunger and the instinct for protection. However, Göbeklitepe broke this taboo. Since, considering the period in which it was built, it has been proven that religious beliefs can also have an impact on the transition to settled life. That is to say, human beings have left the nomadic life to stay near their temples. Over time, cities were built around temples and civilizations developed.

Göbeklitepe has 16 more chambers that were discovered during ground penetrating radar surveys and have not yet been unearthed. The construction date of some of these chambers goes back a few thousand years from the main structure of the temple. This discovery underpins the notion that the first construction of Göbeklitepe may have started at the end of the ice age. There are still unanswered questions and unexplored archaeological sites. In favor of the ongoing excavations, the unknown is waiting to be revealed here in Şanlıurfa.

Must-See Locations in Norway, A Country Fortified By Nature

What is generation Z? And How They Are Different From Millennials?